I’ve thought about revisiting and reissuing some spiritual classics in the public domain that hold special significance for me for quite a while. Amethyst Classics will be an occasional series that engages with this project. I will write an introduction to each text I re-issue, and make sure the texts are properly formatted and available for Kindle and as print on demand paperbacks. While I’m starting with texts that might be well known and available elsewhere, I also have plans for some much less well known spiritual classics, both from the early twentieth century, and further back in time. I’m particularly, but not exclusively, interested in women writers. Please check back here, as I will post information on each title as it’s published! I’d also be interested in your suggestions as to what you would like to see published as an Amethyst Classic and why. 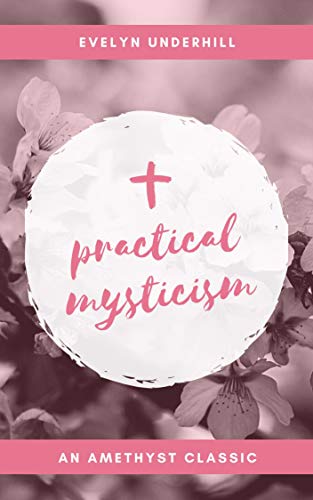 Evelyn Underhill (1875 –1941) was a prolific and very popular writer on mysticism and spirituality in the first half of the 20th century, and, increasingly, she speaks to us today. While she began her writing life as a novelist and poet, she found her vocation in making the profound and at times mysterious inner life of saints, contemplatives and mystics interesting, and even accessible to her many readers.

Practical Mysticism is an excellent place to meet Underhill for the first time, or to refresh your knowledge of her work. It is a more condensed read than Mysticism, but equally rich in references to mystics such as Julian of Norwich, St. Teresa of Avila and St. John of the Cross. While Underhill draws examples from the Christian tradition, her approach is pragmatic rather than doctrinally insistent, and her primary in the spiritual growth of individuals, something she believes is important for us all.

This is a public domain text annotated with an introduction by Dr Sarah Law, whose PhD (1997) included a study of Underhill. 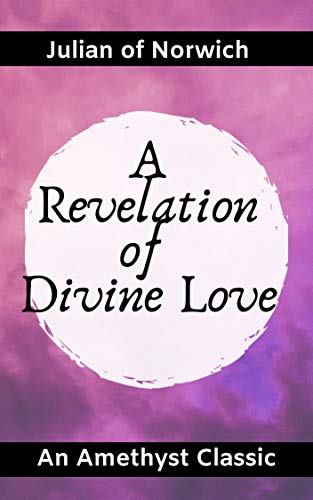 Julian of Norwich was a medieval anchoress who was the first woman known to have written a book in English. Her Revelation of Divine Love is a remarkable text on so many levels – it is visionary, mystical, poetic, compassionate, surprising, wise, and human. This edition presents Grace Warrack’s lyrical 1901 translation of the Long Text, annotated with an introduction by Dr Sarah Law, who has previously written and lectured on literary, creative and spiritual approaches to Julian and who has a long association with Norwich and Julian’s cell.

Julian of Norwich: A Revelation of Divine Love (UK link)

A Revelation of Divine Love (US link)

Psychologist William James (brother of novelist Henry James) gave a series of lectures on religious experiences in 1901-2, and they were subsequently published as this significant text. James’s book is the work of an open-minded thinker with a background of literary, religious and psychological expertise, exploring a wide range of testimonies. While in some ways very much a text of its time, The Varieties of Religious Experience still has fascinating things to say about contemplation, mysticism, prayer, positive thinking, the existential agony of existence, and the spiritual insights of the ‘subliminal realm’. This edition is annotated with an introduction by Dr Sarah Law, who studied The Varieties as part of her doctoral thesis.