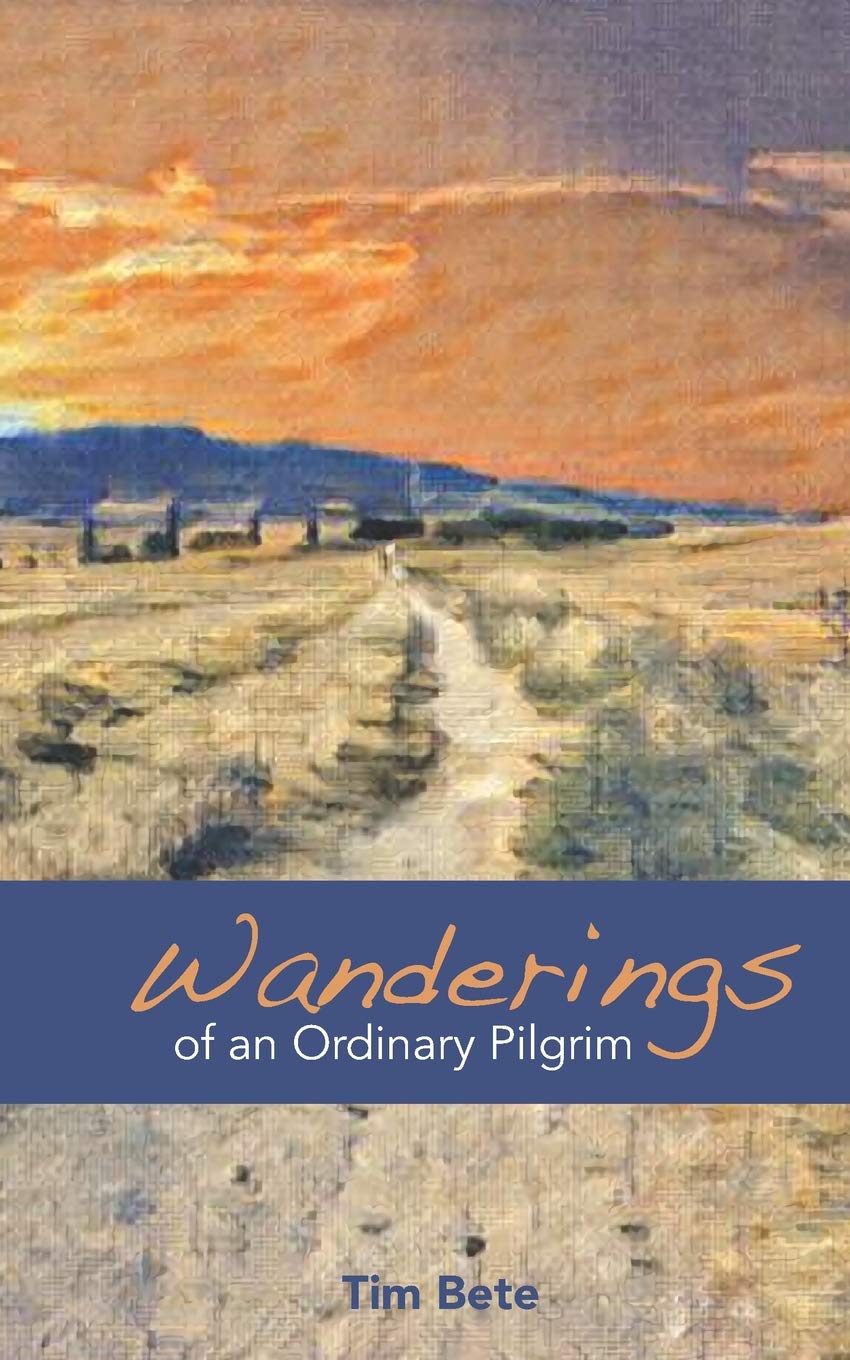 Wanderings of an Ordinary Pilgrim by Tim Bete, www.GrayRising.com
Review by Sarah Law

I enjoyed reading and reflecting on this collection by Tim Bete, poet and editor of the Catholic Poetry Room. Bete’s poetry is accessible and in the main quite simply written, which suits its thematic focus of outward pilgrimage and inner reflection. He writes from a Roman Catholic perspective, so a reader should expect meditations on Catholic Christian themes and symbols. These include poetry about the crucifixes present, as they generally are, in the rooms of Catholic homes (‘The Overseer’), but also the beauty and mystery of European shrines and relics, and of Catholic rituals, often place-specific and/or specific to times of the liturgical year. In addition to this, we also gain some insights into Bete’s life, and his innately observant and questioning poetic mind.

The collection is structured in the overarching stages of a pilgrimage – ‘Departures’, ‘Journeys’, ‘Sojourns’ and ‘Returns’. ‘Journeys’ is the major section and contains poems inspired by pilgrimages to major shrines of Marian apparitions, such as Fatima and Lourdes, as well as places associated with Catholic saints and religious celebrations. Fatima leaves a brief, poignant impression with its ‘oak and olive branches// piercing the haze’, while Lourdes, a site of major pilgrimage especially for those sick and hoping for miraculous cures, is evoked as a site of hope enduring in extremis. ‘At the Baths’ (at Lourdes, the sick bathe in water from a miraculous spring) poignantly describes one woman – ‘hallowed, hollowed’ – longing for healing. For spectacle, however, we can turn to ‘Good Friday in Salamanca’ where the sensory experience of penitents marching the streets with candles and statues is richly described. Bete adds a striking simile, raising the poem above the merely evocative: Their faith grips God/ like their naked feet// on the cold stone and mortar…’ This image makes the visceral experience of the penitents much more real.

Perhaps my favourite poems reflect on two well-known saints; Saint Teresa of Avila, evoked in ‘Avila’ with the resonant: ‘Behind the cloister walls/ she cups fresh silence/ in her wrinkled hands/ and drinks’. Saint Teresa reformed the contemplative Carmelite order, so the metaphor of silence is powerfully used here. And in ‘Lost Things’, St Anthony of Lisbon, commonly considered somewhat trivially as the patron saint of lost things is instead presented as ‘the patron saint/ of brutal honesty.’

Bete’s poetic eye delights in nature too, and in ‘Mary’s River’ he comments ‘Rivers have always been cathedrals/ for me’. There is a lovely simile in ‘the rhythm of fisherman and fly rod// mimicking priest and thurible,//clouds of gnats like incense billowing/ over the water.’ The language of liturgy and nature are overlaid and invite us to look at each again. I also very much like the wealth of carefully observed detail in poems such as ‘The Church’ (from ‘Sojourns’); its materiality (‘The bondstone, the bed joints, the mortar/ the granite, the weep holes, the stretcher…’) makes its spiritual realities all the more present – even the Irish mason eating his lunch on the scaffolding, ‘legs dangling in the air’ is somehow perfectly placed.

There is a wealth of scene and story, therefore, in Wanderings, but Bete also reminds us that the real point of pilgrimage is spiritual. Spiritual life often involves paradoxes, so it is no surprise that breakthroughs can come from exhaustion rather than vision: ‘my fatigue/ causes me to rest in prayer’ (‘Abrading Grace’) or from the realisation that ultimately God does not need to be ‘found’, being ‘already there’ (‘Pilgrim’s End’) and, rather than absent, ‘too close to see’ (‘Consolation’). Because of the sometimes illogical nature of such revelations, poetry is indeed a suitable medium, able to offer intense, timeless glimpses amid our daily busyness, similar to the ‘delicate balance/ between breath and beyond’, as Bete describes the stillness before ‘First Snow.’ The same delicate balance is found in many places in the collection, dappling it with poetic graces.